With over 50 years of combined experience in conservation and sustainable development, Intervale’s leadership is well qualified to meet the objectives of clients and partners, both large and small, from communities to nonprofit organizations and government agencies. Our expertise lies in both the scientific and cultural aspects of biodiversity and heritage conservation. We are practical problem solvers. We believe in working collaboratively with our partners to deliver performance-based results quickly and efficiently.

At the same time, our leadership maintains an active participation in the advancement of understanding and policy development for conservation and sustainable development. In particular, we are recognized authorities in community-based conservation and in species recovery. We publish in refereed and popular journals and magazines, lecture on several continents, lead and facilitate workshops, and serve on professional and advisory boards and committees. 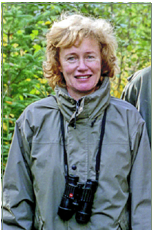 Kathleen is an authority on community-based conservation and the efficacy of stewardship to achieve conservation objectives. For two decades she worked with communities to help restore depleted seabird populations along the Quebec North Shore, a project which earned international recognition and was the subject of a CBC television documentary. For several years since then, she has been developing and evaluating strategies for the conservation of many fish and wildlife species and their habitats.

Kathleen began her career with National Audubon Society, where she was the first research assistant to a seabird restoration program that has successfully re-established a colony of Atlantic puffin. For 25 years she worked for the nonprofit Quebec-Labrador Foundation (QLF) and served as President of QLF Canada from 1996-2002. Her QLF experiences with families in remote fishing communities helped shape her approach to community conservation. Kathleen has held governing or advisory board positions with Bird Studies Canada, Canada’s Endangered Species Recovery Fund, World Conservation Union Commission on Education and Communication, U.S. Environmental Protection Agency, Product Stewardship Institute, and North American Association for Environmental Education.

Kathleen is a naturalist and conservation problem-solver, an entrepreneur, and a gifted speaker. She is a proud descendant of pioneering ancestors that were fishermen, guides, trappers, and seal hunters of the Gulf of St. Lawrence and Atlantic region. 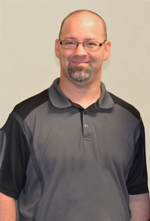 Russell has been working with Intervale since 2005, conducting field work and data analysis for a broad range of species recovery and environmental protection projects. Among his responsibilities, he has been in charge of monitoring the peat filter wastewater treatment systems and conducting stewardship and outreach for wolffish, cod, murre, and other species. His skills are applied daily towards the management of Intervale project budgeting and reporting. Russell graduated with a Diploma in Environmental Technology from the College of the North Atlantic in Corner Brook, where he was awarded several environmental scholarships as well as the President’s Medal of Excellence upon graduation. Russell is originally from the Codroy Valley of Newfoundland. 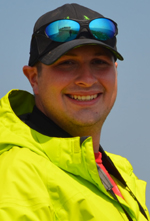 Eric was raised in the small community of Flat Bay on Newfoundland’s west coast. Growing up in a small town since childhood, he developed his passion for the outdoors and wildlife. In 2013 he started the Fish and Wildlife Technician program at the College of the North Atlantic and graduated from the program in 2015. After he completed the program he started a Stewardship Associate Internship with Intervale Associates, where he worked on a wide range of projects from community engagement workshops to shorebird and waterfowl monitoring. Now he serves as Coordinator of the Marten Stewardship Project, working with trappers, snarers, and the general public to reduce accidental mortality of threatened marten in Newfoundland. Eric loves hunting, fishing, and camping.

Intervale partners with numerous scientists and highly trained professionals in advancing programs and projects. Below is a partial listing of experts who are providing ongoing support to the organization.

Cynthia Colosimo is the illustrator for Intervale’s Nature and Heritage Placemats.  A resident of coastal Labrador, she specializes in community projects that interpret the heritage of this beautiful region. She has illustrated a number of children’s books based on the history and legends of Labrador. 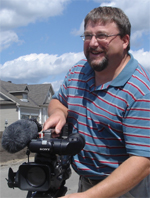 Ron began working in video & multimedia production nearly 30 years ago with the Canadian Broadcasting Corporation (CBC) in Corner Brook, Newfoundland. In 1991, he founded VidCraft Productions Limited, a broadcast quality video production company.  Since its inception, Vidcraft has produced numerous documentaries, television commercials, and promotional and training videos for businesses, federal and provincial departments, and nonprofit organizations such as Intervale.

Ron has been contracted by many well known broadcasters such as CBC, Global National, and the Weather Network.  Ron  also designs and develops interactive CD-Roms and DVDs, virtual tours, Digital imaging, and web sites for many clients.  His work entails many adventurous and rewarding experiences, from swimming with humpback whales, diving under icebergs, and filming wildlife in the beautiful landscape of eastern Canada.

Suzanne Campeau, M.Sc. Biology
Principal, Bryophyta Technologies Inc.
Suzanne Campeau is a biologist specializing in bryophytes as well as re-vegetation techniques using native mosses, lichens, and vascular plants. Since 2004, she has been directing Intervale’s research project to investigate techniques for accelerating the re-vegetation of bare embankments along the Trans-Labrador Highway in Labrador using native plants. She has also provided inspiration to Intervale staff and interns on ways that citizens can participate in habitat restoration.

Catherine Hood, Ph.D.
Marine Vertebrate Biologist
Catherine Hood works with Intervale on marine fisheries and oceans programs, with a special focus on marine species at risk. She co-authored an ecosystem overview report for the South Coast of Newfoundland and advised on the wolffish stewardship and education project. She is the former marine Species at Risk Coordinator for Fisheries and Oceans Canada in St. John’s, Newfoundland & Labrador. Dr. Hood is an expert in marine mammals and human interactions, advising graduate students and serving for several years as a course instructor at the Bonne Bay Marine Station in Newfoundland and the Huntsman Marine Science Centre in New Brunswick.

Dennis G. Martin, M.Sc. (Eng.), P.Eng.
Senior Project Engineer, Golder Associates Limited
Dennis Martin is the designer of the peat filter wastewater treatment systems promoted and advanced by Intervale in Newfoundland & Labrador, including the patented peat bale system that was first installed in 2005 as well as a conventional peat filter system constructed by Parks Canada at Gros Morne National Park that same year. As an experienced and knowledgeable engineer, he has been designing and installing peat filter wastewater systems across Canada for more than a decade.